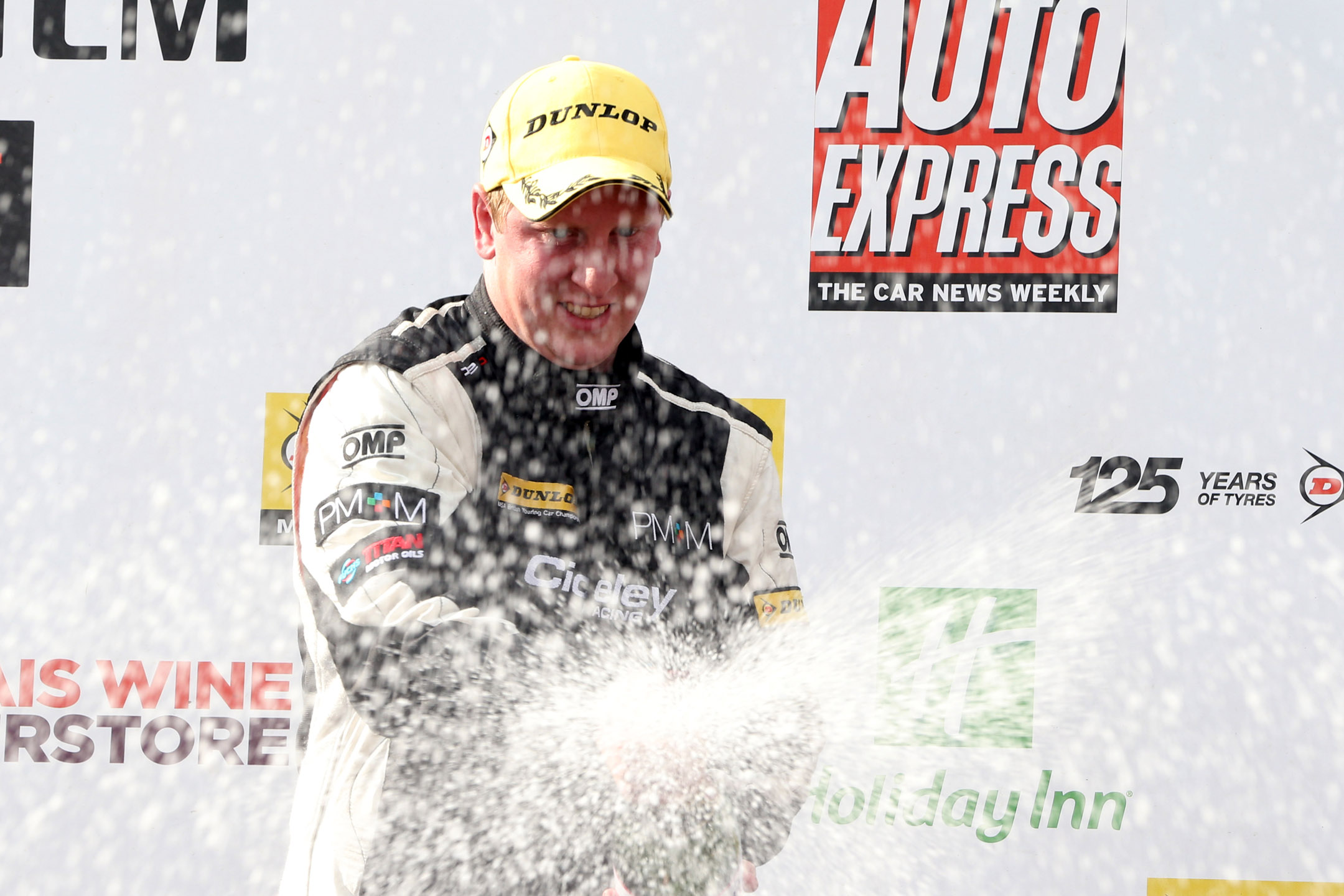 Adam Morgan produced a gutsy drive to third place in the final race of yesterday’s Dunlop MSA British Touring Car Championship event at Oulton Park. The result was a personal best for the 24-year-old from Lancashire on his home circuit.

Adam’s success came at the end of another remarkably consistent day for the Toyota Avensis driver - he finished ninth and seventh in the earlier races to maintain his run of form. He’s one of only four drivers to have scored in every race and has claimed a top-10 result 11 times from 12 starts.

“It’s fantastic to get a podium finish, especially at a circuit that has been a bit of a bogey one for us in the past,” said Morgan, who holds seventh place in the drivers championship and is second in the Independents Trophy standings. “I have to give massive thanks to the guys in the Ciceley Racing team and to all our sponsors for their support, as I wouldn’t be here without them.”

Adam’s podium charge saw him battle past Adam Welch’s Proton for third in the early laps to latch on to the tail of the lead battle, being disputed by Jeff Smith’s Honda and Rob Austin’s Audi. Smith ousted Austin from the lead at mid-distance and Morgan followed him through for second before being returned to third by Andrew Jordan’s Honda. Jordan went on to win from BMW driver Colin Turkington, with Morgan holding off a determined challenge from multiple champion Matt Neal (Honda) by just 0.078s at the line.

Signs Express (Central Lancashire) has been in operation for over 15 years, providing a one-stop-shop for signs and graphics service. We provide business signs throughout Central Lancashire including the areas of Preston, Blackburn and Blackpool.

Adam and the Ciceley Racing team will return to action in a fortnight (23 June) at the Croft circuit in North Yorkshire.