After being named among the top three high investment franchises in the UK, Right at Home can has revealed the full results of its Franchisee Satisfaction Survey.

The Best Franchise Awards, run by research experts Smith & Henderson, are based on feedback from thousands of franchisees from all sectors who have completed the Franchise Satisfaction Benchmark survey.

This asks local franchise owners to anonymously rate their franchisor on everything from training and support to shared goals and how it has compared with their expectations.

Right at Home scored above 90% for the third year and as a result has retained its Five Star Franchise status. 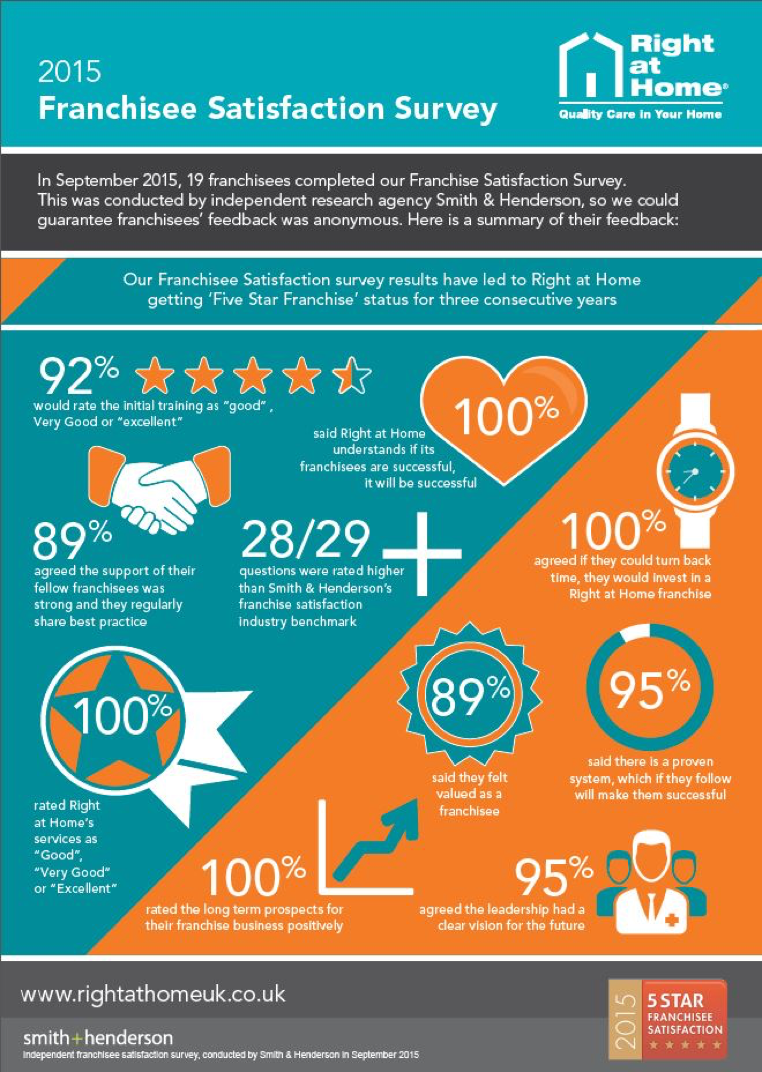