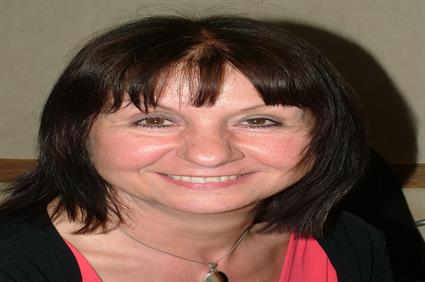 By Mel Mounsdon (inset): For the past 18 years I have been a franchisee for leading greeting card franchise Card Connection.

The variety and the flexibility that the business offers are two key elements that keep me going, as well as the fact that my franchise is flexible enough to fit around my family commitments.

I work in a fairly rural community and my Northampton territory is mainly made up of market towns and villages.

This can mean a certain amount of driving between retailers to deliver greeting cards and gifts, and so I need to be particularly organised with call routes – especially given the rise in the cost of fuel in recent times.

I generally visit anything between 4-12 stores in a day depending on the size of the retail outlet and how many cups of coffee I am offered while discussing stock levels with the retail manager!

It is important to maintain strong relationships with store managers and spending time with them ensures I understand their business challenges and can respond to them. Many I have known for so long now they have become good friends.

I have around 130 retailers I visit regularly and at each store I deliver a hand-picked range of Card Connection’s high-quality greeting cards and gifts.

Stock is merchandised in display units to ensure it always looks fresh and up-to-date with seasonal product like Valentine’s day, Mother’s Day, Easter or Christmas cards plus all the occasional sends like Birthday and Congratulations cards. The more attractive the display, the more appealing the products tend to be to consumers and this increases sales.

I first found out about the franchise at an exhibition.  Even after almost two decades, I still love the idea that the products and cards are delivered to retailers on a consignment basis.  This means the retailers only pay for what they sell and so are always keen to take quality stock which is merchandised and displayed well.

Over the years, the greeting card designs supplied by Card Connection’s in-house team have become extensive and now the range totals around 1,500 different designs from tall cards, to square, to luxury hand made cards.  The designs meet almost any need from humorous to sentimental verse right through to the sophisticated blank Santé range.

These days, I deliver to numerous national accounts like BP, Musgraves, Budgens and Londis, although I still service many independent retailers.  Larger stores need to be visited more frequently, so this means that no one day is ever the same as another.  A day on the road, merchandising in-store, will always end with packing stock uplifted during the day and picking stock ready for the following day’s deliveries.

For anyone considering starting their own business I would certainly recommend considering a franchise.  I still enjoy the work after 18 years and I think very few people would honestly make that claim!

Card Connection franchises start from £20,000 (plus stock) with earnings potential in excess of £50,000 per annum.

This month I brought my sound healer Rachelle into the Meisner and Screen Acting School to work with my students.

It was a chance for us to explore working together further through the first trial run of a workshop about employing a more spiritual, energy-based acting technique.

As the school is on a limited budget I paid for her time out of my wages on the day and also my own funds. I saw this as a chance to build a working relationship.

She was also travelling from quite a way on a Sunday to do an hour with this group. The least I could do was make it worthwhile.

It was easy enough to set up the space. The kit needed is pretty minimal. I had told all the students to bring something to keep them warm during the session and something to lie on. Apart from one straggler, everyone came prepared and so got the most out of it, so now I know it’s not a great ask in other workshops to ask actors to come with the same materials.

The session was incredible. I sat halfway between taking part and holding the space. The energies and shifts that occurred in the room in such a short space of time (30 minutes) was amazing.

The sound bath was geared towards creativity and removing blocks to this. The students were incredibly open.

The fact we have been opening every class with a guided meditation for two months now had made them grounded and open to new experiences and ways of working. I need to bear this in mind for participants who may not have done any such work previously.

After the session, we had a short feedback session. Then I gave them a brief break and Rachelle and I discussed what had occurred. She was just as taken aback with how the session had gone. We felt like we were really onto something here!

After which we took them through toning in pairs- the variation on the Meisner Repetition Exercise. Actors connecting solely through sound- no words- just sound and energy centres.

Rachelle left and the remaining 2 hours were then going to be scene study. Except now the energetic clearing started- which I had not anticipated. As the creative blocks were removed and brought to the surface, one student burst into tears and left the room. Another said she no longer wanted to be an actress and did not want to do the work set. A third started crying during her scene. Her work was incredible. She found in the scene a way to release her blocks and meld this with the inner world of the character; doing work I have never seen her attempt before.

I allowed the other 2 to sit it out in the cafe and told them this was part of the sound healing process- they were “clearing”. Half an hour later and the 2 returned- smiling and saying they were not sure what had happened but they now felt much lighter and eager to do the work. We ended up with a very productive afternoon of breakthroughs and new work.

It made me realise that we will have to timetable grounding time for any participants so they are not left stranded with any emotions that may come up when they leave. And perhaps some kind of follow up email to see how they are doing. I did this with my students that evening.

Rachelle and I now have a working template for our workshops. Now I have to put together a pitch for drama schools , professional actors and for theatres. I know we have something that works on a whole new level. Now I need to find a way to sell it.