5 home-based franchises to tempt you away from the office 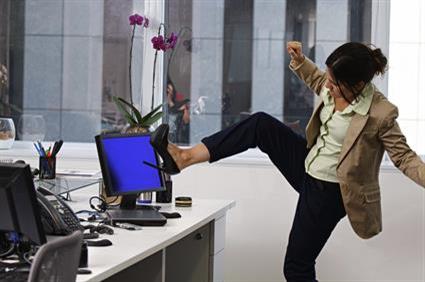 There is nothing less alluring than the rush-hour commute at 8am, but could the idea of owning a home-based franchise be enough to tempt you away?

According to the Office of National Statistics(ONS) a record number of people are now working from home, adding up to 13.9% of the total workforce. These are the highest figures ever reported by the ONS since records began in 1998.

The British Franchise Association (BFA) has reported a 20% growth in the franchise sector as a whole over the last five years and the number of 'home-based' opportunities is also increasing.

FranchiseSales.com listings reiterate this boom in the home-based franchise sector: of the 220 franchises available on the site, 72 are home-based, amounting to a substantial 33% overall.

Why are home-based franchises so attractive?

'Flexibility' is an seductive word where work is involved – and home-based franchises offer just that.

The opportunity to choose your own hours allows for a better work/life balance and most working parents would leap at the chance, as well as disenchanted nine-to-fivers everywhere.

Wages in the home-based franchise sector are extremely competitive in comparison to other sectors. According to the ONS, while the median wage for standard workers is £10.50 an hour, those working as home-based franchisees can expect more like £13.23.

With no peak price travel costs or rent to consider, home-based franchises are more financially viable than many other business ventures.

A daily two-hour or so commute can make the day feel wasted away – and mostly in heavy traffic. With a home-based franchise, miserable commuter crowds and screeching car horns can not only be a distant memory, but time saved could be spent with the family.

So which franchises could tempt you away from the office?

Describing something as a 'website franchise' scares your average person into thinking they need 'tech expertise' in order to run it – more often than not, they don’t.

This is certainly the case with Spoton.net, a professional web and internet marketing consultant, and the UK’s leading web franchise.

As a franchisee, you would market and consult on the website editing system - it’seeze - which doesn’t require any design or technical abilities as it has already been designed and built by experts. The potential is huge, with a realistic earning potential of over £50,000+ by year two.

Don’t be fooled into thinking that all web-based franchises involve hiding behind a monitor - Hotels.tv primarily involves engaging groups of people and negotiating great rates and extra value with hotels. The franchise an incredibly sociable venture.

If you have great communication skills but want to work from home, this is the franchise for you.

Typically group hotel bookings generate $100billion for hotels worldwide, and with the Hotels.tv technology a 'private booking area' is provided for groups to facilitate accommodation bookings automatically within the hotels.

Oakhouse Foods provides you with the ability to work from home while also investing in a friendly market with a loyal customer base.

Leading providers of quality frozen meals and desserts to customers’ homes, Oakhouse Foods have been operating for over 20 years nationally.

As a franchisee, you would be provided with a 10 year renewable contact and exclusive area containing a large population. When fully established and developed, an area of this size has the potential to produce a six-figure turnover.

Ever wished you could spend more time with your pets rather than in front of a computer screen after a long, joyless commute? Paw Pals, a pet care franchise, could be just for you – this franchise enables you to spend a lot of time with animals and earn a decent salary too.

If you have a real passion for animals, this would be the ultimate home-based franchise for you.

Combat Academy is an exciting fitness franchise in which you’ll be able to learn a valuable skill - self-defence - and teach it to others too.

You’ll become a certified self-defence instructor with training in physical techniques, pressure points, biomechanics and more. With a very low initial investment of £3,000, you could be running your franchise in the hours you want to.