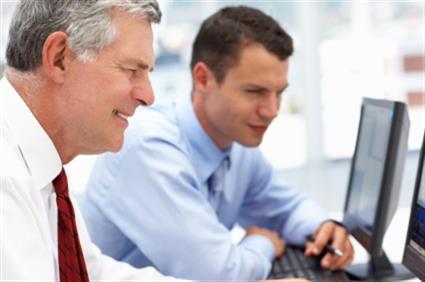 The B2B sector seems to attract a much older franchise seeker than other industries, a FranchiseSales.com survey has revealed.

More than four in five (82%) of those who recently enquired on franchise opportunities in the business-to-business sector are aged over 42, compared to 54% of franchise seekers overall (source: fourth-quarter FranchiseSales.com survey). Only 7% are between the ages of 18 and 33, compared to 23% overall.

Asked to rank in order of importance five challenges facing the sector, respondents ranked competition from big brands and rising costs an average 2 out of 5. These were also the top two challenges cited by buyers of fast-food franchises in a recent survey, while big-brand competition ranked as the second biggest concern for prospective internet-based franchisees.

Keeping up with changes in technology and customers’ tastes was a close third (average ranking: 2.5) in the B2B rankings, with rapid technological change also third among internet-franchise seekers (2.64) while keeping up with consumer trends came only fourth (3.16) among web-based franchisees.

Meeting the high standards set by the franchisor came fourth (3.41) among would-be B2B franchisees (it was least important for food-franchise seekers with 3.46), while adhering to regulations from regulatory bodies (3.63) was seen as the least challenging issue of the five posed to respondents.

The good thing about our model is that unlike many other businesses, a consultancy and coaching business is a low-cost business to run, requiring no premises, no expensive equipment, no stock and no direct overheads other than travel

Asked why they were interested in the business-to-business sector, 36% cited experience in running a B2B business (compared to 52% of fast-food franchise seekers vis-à-vis experience in fast food and 17% of aspiring online franchisees) with another 6% having worked in the sector in a more junior role.

Perhaps unsurprisingly, given many B2B sectors are traditionally male-dominated (eg, accountancy, IT, courier), 90% of respondents were male, although 85% of all aspiring franchisees are male (source: fourth-quarter FranchiseSales.com survey).

“Although there is always competition, it is very fragmented. Certainly, the big consultancy/ coaching brands don't really operate in our sector and, accordingly, this isn't something we worry about.

“With regard to costs, the good thing about our model is that unlike many other businesses, a consultancy and coaching business is a low-cost business to run, requiring no premises, no expensive equipment, no stock and with no direct overheads other than travel."