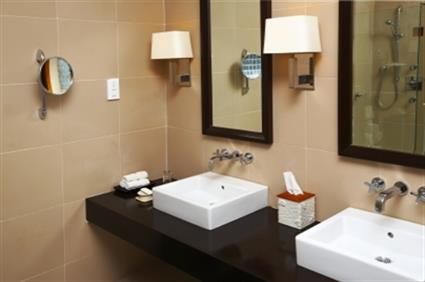 BusinessesForSale: What attracted you to franchising as opposed to buying or setting up your own business?

Simon: The basic concept really. It means you get a proven concept, and that you don’t have to come up with your own idea.

Being washroom sanitation, the marketplace isn’t going to go away

BFS: What attracted you to this particular business franchise ?

The second thing was the reputation of the franchisor. What I quickly discovered with franchisors is that most of them don’t have a sound set up – the proven concept. They’re not established and have a flaky business model.

I was looking for a franchisor that is a member of the right organisations, has been around for a number of years, which has sound financial backing, and so on.

BFS: So I’m guessing you’d advise people to do a lot of research before they buy a franchise…

Simon: If you take it on you have to be comfortable with the model and the marketplace. It’s good also to get something novel, something unique.

BFS: So Swisher met this criteria?

Simon: Yes. There’s a good process behind it. I’ve only been doing this for seven months, but I am expecting the revenue to grow in the future.

BFS: How did you raise the finance?

Simon: A mixture of my money and a loan from the bank. The bank lent about 60% of the capital. They didn’t take any risks of course – it was all secured against assets.

BFS: Do you employ anyone else?

Simon: Yes: there are four of us.

BFS: What sort of clients do you have?

Simon: At the moment it’s mainly the leisure industry, so pubs, restaurants, sports clubs, leisure centres – that kind of thing.

BFS: Do you have to do much travelling then?

Simon: No, we’re limited to a certain geographical area.

Simon: Yes. I’m doing about 70 hours a week – but I was expecting that.

When I started I thought it was going to take two years to get the business where I needed it. If you expect anything different, you are going to be disappointed. Hopefully, after two years I’ll be alright!

BFS: Have you encountered anything with franchising that isn’t to your liking?

Simon: According to the franchise agreement you have to get your supplies from the franchisor, and I guess going in, my expectation was that it would make it very competitive. But I was surprised to find the franchisor actually marks up the prices – to cover their cost, I’m sure they would say – and it does mean we’re less competitive.

Apart from that, though, everything else has been how it was advertised. They have been a very good franchisor and it’s going quite well.

BFS: Your industry is not vulnerable to changing fashions: businesses will always have washrooms and hygiene will always be important. But do you feel at all constrained in what you can do to adapt other changes in market circumstances – increased competition for example?

BFS: Do you find the franchisor is approachable if you have an idea or a problem then? Is there a forum for such things?

Simon: Yes – I can just go and talk to them. I don’t need a forum or talking shop as such.

BFS: What advice would you give to someone starting out in franchising?

Simon: Choosing the right one is crucial. Choose a market that is strong, one that will grow; choose one with a strong financial base; and choose a franchise with an idea which is proven to work.