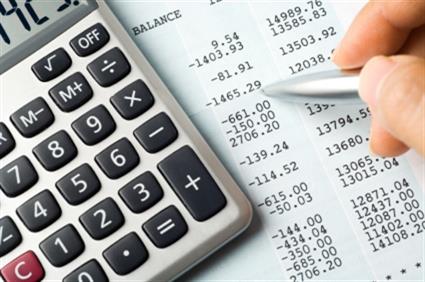 BusinessesForSale: Have you ever ran a business before?

That said, I really was more of a middle manager/finance manager. I ran the IT dept and had some time in HR.

BFS: So a good breadth of experience then...

GS: I don’t think anything was particularly difficult to get to grips with. I think as an accountant, some of the selling side I was quite apprehensive about.

But actually, going out and meeting customers, not so much the practical aspects of quoting, but presenting the quote and talking to them about that side of things - I was apprehensive about that.

But it turned out that I was actually quite good at it! Which was a surprise to me as I’d never been involved in the sales side of things.

BFS: What attracted you to this business franchise?

GS: There are so many different types of business franchises [for example an office and IT training franchise] but I decided to choose an accountancy business.

Within this sector there are various companies around but, like myself, the majority of acccoutants at AIMS spent their post-qualification years out in industry. So they haven't spent the majority of their working lives in accountancy practices, and I felt I was joining like-minded people.

BFS: Did you ever consider starting your own business?

I’d always been in manufacturing, so joining an organisation used to dealing with different industries was important. And they could help with marketing, producing letters, developing the database... I’m sure for other franchises there are different issues but for an accounting franchise I felt that was quite important.

But it’s hard work working for yourself. You don’t have the support – and I don’t mean in a technical sense, as the franchisor gives that – but I’m working from home, so there are other things that come into play – settling down to work in a morning for instance!

What I miss is the 'crack' of being in an office.

BFS: Is it difficult working where you also live and relax?

GS: Yes and no; I have a designated room which I don’t always use for leisure time.

What took a little getting used to was fitting it all in with my three teenage children, 13, 15 and 16. They get dropped off by the school bus outside the house at 4 o'clock, so I have to have a coffee break at that time to listen to their tales of what happened during the day.

GS: Yes, and that’s one thing about working home, you can do it slightly differently. For a long while my daughter was in the dentist every third week, and we couldn’t always get a Saturday appointment. Working from home facilitates that sort of thing, it’s much better for combining work and family.

GS: For a practice of my size it’s much cheaper working from home. It would be hard to make it pay in the early stages if I was forced by the franchisor to have a high street presence.

And I don’t think it would give me the flexibility i was looking for in the early stages. In the future I might decide to expand and no longer want to work from home, but right now it’s a a benefit.

BFS: Have you had any difficult times during your time at AIMS Accountants for Business?

GS: My experiences have been generally positive. I’ve had some low moments where what I’m really looking for is company. But you don’t get that in the way you get in the office – and that’s what I miss most.

BFS: How do you overcome that loneliness?

GS: I’ve always tried to work efficiently, so if I’m out and about meeting clients I tend to meet several in one day, and I do find those days fun. But after a couple of days I have to stay at home and get some work done.

What you can’t account for is human nature. If you wake up in the morning and feel like a laugh and a joke with someone, but you’ve planned to stay at home all day doing a set of accounts, then you can’t – there’s no accounting for getting out of bed the wrong side.

There are setbacks. You can have a quote refused and be left wondering why when you know you gave them a better quote than anyone else. So you do need to be relentlessly optimistic!

BFS: Do you and other AIM franchisees help support each other?

GS: I’m a sociable person so I’ve arranged a couple of pub evenings, although we don’t do much other than complain!

GS: Oh yes, and also, when I was a newcomer, it was reassuring to meet others a little further down the path.

BFS: Any advice for aspiring franchisees?

GS: I’d say look at your setup costs and make sure you can fund them. Don’t forget to include the fact that you’re not earning anything for a while, an easy aspect to overlook. Not only do you need the savings to purchase the franchise but you might need equipment and also you have to survive when it’s embryonic.

Accept that you might have to change your working day. That might not be an issue for some – like me, for example, as I actually wanted a change – but be prepared to adjust your working day.