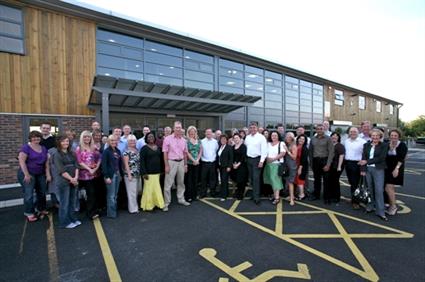 Business ideas are often born when entrepreneurial consumers’ are dissatisfied with an existing product or service.

Paul Hogan is one such person, who decided to start a care agency after deciding the options open to his 88-year-old grandmother were inadequate.

Founded in Omaha, Nebraska, Home Instead arrived from across the Atlantic in 2005 to transform an even more outmoded British market. It’s a world away from care agencies as we know them, and indeed other franchises.

I talked to Paul and Trevor Brocklebank, who bought the UK master franchise in 2005, about how they got involved with the company and what prospective franchisees can expect from Home Instead, which now has 27 offices.

Adam Bannister: Paul, tell me about how you started the business?

Paul Hogan: My 88-year old grandmother couldn’t even get out of her own chair and looked like she might only have a few months to live.

My wife and I thought 'well, what do other families with one or two kids who don’t even live in town do?'

We didn’t want to put her in a nursing home so we had her stay with my mother for her final year – which turned into 11 years. She regained the will to live, so I realised you don’t need to be a doctor or a nurse to make a big impact.

My grandmother was blessed: she had 12 kids, 50 grandkids and 51 great grandkids by the time she passed away. But my wife and I thought “well, what do other families with one or two kids who don’t even live in town do?”

So we organised a group of caregivers in Omaha and provided for other families what we provided for my grandmother. And that’s how the concept was born.

We began to expand our business, through franchising, to other cities around the US. Now we’re in 15 countries with 900 franchise offices.

AB: And how did you get involved, Trevor?

Trevor Brocklebank: I was looking for care for my grandfather and wanted someone to look in on him for a couple of hours a day, cook him a decent meal and do some basic cleaning. I wanted to have the same person every day so if his health deteriorated I’d get a call.

Only I couldn’t find anybody. I thought well, this isn’t rocket science.

And the more I spoke to people the more I realised it was a common issue.

We’re not saying we’re better than these other care companies; we’re saying we’re different. There are lots of 15-20 minute calls going through to social services – but that’s not what my granddad needed, nor what lots of other people need either.

All the healthcare franchises in the UK perpetuated the old social services type care model, so I jumped on a plane and met a number of companies in the US. Home Instead was by far the best so I bought the master franchise.

Two thirds of our franchise owners have experience of finding care for one of their family members, making them realise that (A), there’s a big opportunity here and (B), it’s something that makes a real difference.

TB: We’re extremely selective. We could have twice as many franchisees as we have now if we took cheques off everybody who wanted to buy one.

But in this business you’re dealing with vulnerable people and you need a real passion for what we do as well as a great business head. It’s no good finding someone immensely caring who can’t run their own business, but you don’t want someone in it purely to make money.

Industry experience isn’t important because we can teach them all that. They need to have good people skills, whether with your clients, caregivers or out in the community with the people who refer business to us.

You’ve got to have a track record of success. That could be anything from being a success in a high profile band or in sport through to a good career in business.

We have IT consultants, general managers, salespeople.

This isn’t get-rich-quick scheme; it’s a making money by working extremely hard over a long period of time scheme. We need people who are prepared to roll their sleeves up and work hard.

We’re also looking for people who can run a multi-million pound business.  We’re talking about a large business three or four years down the line, so they’ve got to have ambition and desire to run that size of organisation.

A lot of people have been very successful in their business career but they want to do something which makes a difference. And they want to run their own business rather than being part of a corporate machine.

AB: Can you give a broad outline of what running a Home Instead care franchise involves?

TB: There are two halves to what we do.

One half is the quality side. We have very rigorous quality assurance policies to make sure we deliver the highest quality care consistently to all our clients.

The other half is the entrepreneurial side, where you need to go out into the community to get referrals and create a fantastic working environment for your team and the caregivers.

So we need people who are comfortable following the procedures that we have, but are creative and entrepreneurial as well.

And this really is running your own business. Some franchises tell you exactly what it is and how it works.

This isn’t like that. The phone won’t ring unless you get out there and make it happen.

TB: There are two sides to that: the business side and the quality side.

On the business side, in the US the IFA [International Franchise Association] surveys all companies in terms of franchisee satisfaction. We’ve finished second overall in the last two years.

And the qualities, procedures and franchisee support that won that award are exactly the same in the UK.

The IFA also has an Entrepreneur of the Year award, which Paul won last year.

In the UK we won the International Business Expansion award earlier this year. In the same month we won the NHS Dignity in Care award, which, as far as I’m aware, we’re the first private company to have won.

It’s very important when you’re looking to buy a franchise to have a big barrier to entry stopping other people from copying it. You need something different – and we are.

We’d actually love a bit more competition, because there’s a huge market out there and huge demand for our services. But most people don’t know we exist.

So we’re confident, given the quality of what we’ve got, that if other people came along and created more noise, it would be very good not only for the clients we serve, but us as a business too.

AB: What’s your assessment of the current marketplace?

TB: The domiciliary market is currently worth about £12bn, and should rise to at least £30bn by 2025.

It’s acknowledged that the market needs to change. The US model is based on getting referrals and clients, whereas most UK care companies are on social services contracts.

We have a proven business generation model which makes the phone ring and the business grow that other UK care franchises don’t operate.

AB: So the owner is directly accountable to customers rather than social services?

In my view our competition’s going to come from companies that don’t even operate at the moment, because it’s going to be hard for existing players to change their existing model.

I sit on the Department of Health Individual Budget Committee and thought I was going to look very inexperienced at the first meeting as everyone around me had been in health for 20, 30 years. But the reality was, it was one year’s experience replicated 20 times.

They didn’t have any of the experience I brought from the US and the 15 other countries we’re operating in.

AB: How much can a franchisee earn?

TB: They will break even by the end of the first year.

In the US, owners are turning over multi-million dollar revenues, with about a 15% margin. So you can extrapolate out to see that substantial earnings possible.

But there’s a big caveat: if people come into this business motivated by money and don’t work, they’re not going to earn a penny. I’m a great believer that the profit is a reward for running the business, but not why you’re running it.

AB: How many hours are franchisees likely to work?

It’s a 24/7 business, so it’s not for the workshy. Particularly in the early days, you’re going to be working an awful lot of hours.

But if they follow our model, we can get franchisees out of working in the business to working on the business – so talking to the community, influencing care strategy and so on – so over time you’ll be appointing general managers to run the business on a day-to-day basis. But that will be a couple of years in.

Most businesses involve a lot of hard work at first; if anything, with this, it’s even more.

The worst thing for us – and we’ve never had it – would be someone six months down the line saying, “if I’d known it was going to be like this I wouldn’t have done it”, because then it’s too late. So we spend a lot of time up-front making people realise exactly what they’ve let themselves in for.

It’s not a complex financial model, it’s not difficult to understand how it works, but it’s not easy to get right. You’ve just got to work hard.

PH: We even go beyond that.

AB: How much of an advantage is the support of an experienced franchisor in such a legislation-heavy sector?

TB: I owned two businesses before this. One of the reasons I bought into Home Instead was that I know how hard setting up your own business is.

With franchising you’re taking a huge amount of the luck out of it because you’re buying an established model – particularly in the care industry. We’ve a whole team just looking at the legislation, ensuring all our policies and procedures are compliant, leaving the owner to focus on running their business without constantly having to look over their shoulder.

AB: How hard is it to raise money for this care franchise with such a squeeze on credit?

TB: Banks are very conservative in their lending, but they like lending for a Home Instead franchise because the market is growing exponentially and it’s a franchise, so it’s less risky for them. They’ve vetted our model, they know who we are and what we do.

The banks are actually pushing people more to franchising.

PH: It doesn’t take a huge capital expenditure either, nor is there much of a regular inventory to keep.

TB: No business is recession-proof, but if you need care, you need care. You might stop going out on a Friday night for a meal, you might not go for a holiday or change your car – but the last thing most people would lose is care for a family member.

I think that’s why we’re getting the level of growth we’re getting, because it’s as recession-proof as a business can be.