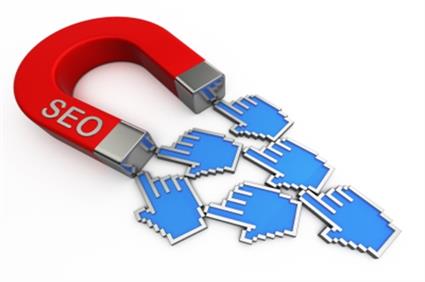 The constant evolution of search engine optimisation (SEO) presents the biggest challenge to internet franchises, according to prospective franchisees polled in a FranchiseSales.co.uk survey.

The second biggest issue facing the sector, according to browsers of internet franchise business opportunities on the market-leading website, is competition from big brands. Keeping abreast of rapid technological change and harnessing rising trends such as social media and mobile internet were jointly the third biggest concerns.

Online security threats, such as hackers and viruses, were ranked the least worrying of the five challenges posed to would-be franchisees.

The evolution of SEO seems to be veiled in secrecy, which may be a factor in its consideration by those surveyed as the greatest challenge. Google, which enjoys a 92% share of UK web searches, tweaks its PageRank algorithm 500 times a year and explains such changes only opaquely, leaving web marketers to second-guess their implications for SEO strategy.

A website’s social media footprint is increasingly fundamental to its PageRank, a number that denotes the importance attached to a particular domain.  ‘Likes’ and ‘retweets’ are seen as a more reliable barometer of a website’s worthiness than keyword density.

Asked why they were interested in buying an internet franchise, 74% of those polled wanted to be their own boss, 46% believed they would enjoy the lifestyle, 41% expected it to be a lucrative sector and 28% wanted to help build a famous brand.

Only 17% of the respondents have previous experience of running an internet business, and only 11% have been an employee in an online business. Offering comprehensive support and training, franchises rarely demand that franchisees have industry experience.

It’s not really that surprising when you think about it. The challenges facing an internet franchise are no different from those faced by a traditional franchise

The average budget of internet franchise buyers is only £36,500, less than half of that of franchise buyers as a whole (£79,500, according to a 2010 FranchiseSales.co.uk survey), which is unsurprising given that internet businesses can be set up without premises and few, if any, other staff.

The vast majority of interested buyers are male, 89% versus just 11% of women. Although computing is traditionally more associated with men, internet franchises often offer flexible hours and the option to work from home, which could appeal to mothers of small children.

The average age of the aspiring internet franchisee is 46, six years older than the average franchise buyer (40, according to the aforementioned 2010 survey), despite the perception held by some that younger people are more enthusiastic on matters computing-related.

Neil Waller, co-founder of travel information resource MyDestinationInfo.com, an online franchise which spends a third of its budget on SEO, wasn’t surprised to hear that growing ‘organic’ traffic is seen as the industry’s biggest challenge.

He says: “It’s not really that surprising when you think about it. The challenges facing an internet franchise are no different from those faced by a traditional franchise.

“Take a restaurant franchise as an example. If it’s a brand that people are very familiar with and it’s in an easy-to-locate location, then it’s going to be easy to attract customers. However, if it’s not a particularly familiar brand, or not in a prime location, then it’s going to require a great deal of marketing work to make people aware of it.

“The exact same is true online, and while having a great product is very important in any business, the truth is that the best product in the world that isn’t marketed well and that people are not aware of, is not going to succeed.”

Asked about the second biggest worry for would-be internet franchisees, competition from big brands, he comments:

“For sure, this is a concern, although the pain in the backside about the internet is it’s not just competition from big brands; low barriers to entry mean the smaller players are just as dangerous. The key thing is to have a USP to your business and keep building and innovating upon that.

“Once you have that, then the same rules apply as with traditional bricks and mortar businesses: you want to build up your brand and visitor loyalty.”