"Struggling franchisees usually have themselves to blame" 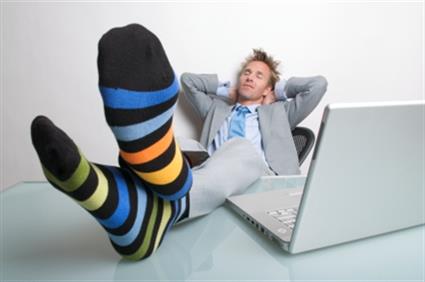 Nine in 10 failing franchises are struggling because of franchisee shortcomings rather than a faulty franchise model, a top franchisor and former franchisee has suggested.

Freddie Rayner, author of ‘Your Franchise Success’ and co-founder of home-cleaning franchise Time For You, believes too many people see a franchise as a way of earning money without investing much effort.

“Some people think that by owning a franchise they can sit back and just watch the business grow and the money come flooding in,” he says. “In reality it’s not like that at all. Just as with any new business you have to be prepared to put in the hard work if you want to see the results.

“The only difference is that it costs less to start a franchise, you have ongoing support from the franchisor and the business model is tried and tested for success. It is true that eventually, a franchise can give you a better work/life balance but it still has to be a balance of work and life.”

I thought I could sit and wait for the profit without putting in any hard work and I lost £35,000 in just 10 months

“In my experience, any failing franchisee only has themselves to blame – I was there myself at the start of my career. Many years ago I bought into a franchise without doing my research.

“I thought I could sit and wait for the profit without putting in any hard work and I lost £35,000 in just 10 months. After that hard lesson I haven’t looked back and now I know that a franchise is essentially the same as any new start-up just with less risk.”

Time For You now has over 200 franchisees across the UK and is growing rapidly.
Inspired by his vast experience with franchises – both successful and unsuccessful, he concedes – Freddie has recently written a book, Your Franchise Success: How to Make It Happen. He is giving away free copies of the book so he can help would-be franchisees make the right decisions and warn them of potential pitfalls.