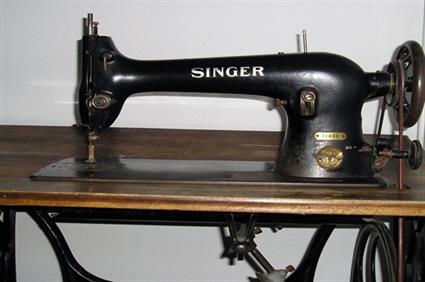 Put very simply, franchising is a way of expanding an existing business through the licensing of its business model and brand to entrepreneurs.

How does it work?

The company also gets to expand without having to pay the running costs of the extra outlets/units. Meanwhile, the franchisee has a ready-made brand and product, but still gets to be his or her own boss and can grow the business as they see fit. The franchisor generally takes some sort of regular management fee, usually a percentage of revenues.

So why become a franchisee and shoulder all the financial risk in putting up the capital, while the franchisor sits back and siphons off revenue?

That’s precisely the point — a franchise actually poses less risk. Nine out of 10 franchises survive their first year, and the same proportion say they make a profit; two-thirds of start-ups fail within the first three years.

Nine out of 10 franchises survive their first year, and the same proportion say they make a profit

But what makes a franchise so much more likely to succeed?

You have the use of a well-established brand. If you set up a McDonald's franchise today, then it’s as recognisable and trustworthy to the public as existing Subway franchises, regardless of how long they’ve been operating. They’ll know exactly what they’re going to get in terms of the nature and quality of the product. This means you’ll get just as much custom as other Subway outlets, from day one.

But how can businesses possibly provide such a consistent product when they’re entrusting so much to new recruits from outside the company?

Because every new franchisee is trained extensively — at least they are by good franchises — in how to run the business in the right way. They’re taught the management, customer service, financial, technical and other business skills that have helped the franchise expand to its current size.

To safeguard the quality and consistency of the products or services associated with the brand, a franchisee also has to sign a legal agreement at the outset. Called a franchise agreement, it stipulates certain practices they have to adhere to, and sets parameters for how far they can stray from the franchisor’s business model in respects such as prices, the product range and opening times — generally not very far. This legal document, which also sets out the franchisor’s obligations to the franchisee, usually covers a minimum period of around five years.

So the franchisee sacrifices a degree of autonomy and part of the profit, but knows that at least he or she is likely to make a profit…

Yes — and savings are made elsewhere that can offset (and then some) the money taken by the franchisor. The franchisor will usually pay for all the advertising and marketing, for example. And if it’s a huge brand, such as McDonald’s or Gold’s Gym, then you know you’re guaranteed a seriously heavyweight marketing budget behind you.

So what was the first-ever franchise?

Ale brewers in 1840s Germany granted the exclusive privilege — which is what ‘franchise’ translates as in archaic French — to certain taverns to sell their ale. But it was the Singer Sewing Machine Company, which started granting distribution franchises in 1850, that was the precursor for the modern franchise.