"Why we set up a new franchising association" 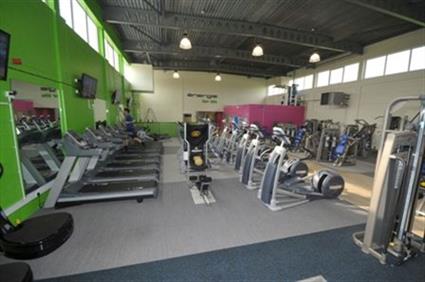 FranchiseSales.co.uk: Tell us about how the Approved Franchise Association (AFA) came into being…

Craig Brittain: “The AFA is an accredited alternative to the BFA (British Franchise Association) – an alternative for many reasons. The time was right for a credible and viable alternative.

“So we got together with some likeminded franchisors and started to develop the AFA. The process took about a year in the planning stage, about six months doing the legal and formation of the company, and we came to the marketplace for franchisors at the end of January.

“First and foremost it’s a very alternative approach in the sense that it’s quicker, easier, quite modern, very swift at responding, and quite representative of its members – so whatever our members want, we do.

“Each member becomes a stakeholder in the organisation when they join, so they agree to take responsibility for the company direction. So anything that we do is about our members.”

We think that by providing an alternative, and pricing it accordingly, we can only increase the number of franchisors with representation

FS: So you were sure there were enough franchises out there who aren’t members of the BFA, or who are willing to switch to the AFA?

CB: “There’s no definitive answer on how many franchises there are.

“There have been reports and various agencies have tried to find out how many franchises there are, and one thing everyone seems to agree on is that it’s somewhere between 500 and 900 franchisors. The BFA represents somewhere around 230 to 250 franchisors.

“We think that by providing an alternative, and pricing it accordingly, we can only increase the number of franchisors with representation. So we think it offers nothing but benefit to the industry.

“Many franchisors have no representation at all, and that’s where we’re looking to be. We’re not there to be a competitor to the BFA; we’re there to enhance the market.”

FS: How many members have you got so far? Is the accreditation process particularly protracted?

CB: “No, it’s not. We’ve got about 20 members, but we’ve actually turned down 10 already. The accreditation process, if you were to compare it to that of the BFS, is not too dissimilar.

“But the way we look at it, we’re not going to pay people to come out and spend time with you, as that’s a waste of your money. We’re going to say that if you want to be a member, this is the information we require from you.

“We’ll do the checks and the due diligence behind that. Then we can look at your membership.

“If anything, we do one thing that the BFA doesn’t: we reaccredit every member annually. You can’t just assume that, once accredited, you’ll be in there forever as long as you pay your subscription fees. And that’s something the BFA has never done.

“You must go through the accreditation process to join the AFA, but importantly you’ve then got to stay in. We’ve been a member of the BFA for 10 years as a franchisor so we know how the system works – and we wanted to make improvements on it.”

“And equally, if you’re a new franchisor to the industry, we don’t say that just because you’re new, you can’t be a member. But you need to work within a framework now, so that once you can become a member, you’ve done everything right.

And we have what’s called a ‘knowledge register’ of new franchisors who aren’t qualified as members. There’s only one level of membership – you’re either a member or you’re not.

“And it isn’t a multi-tiered system where you overcomplicate things.”

FS: If I was an aspiring franchisee, what would that stamp of accreditation mean to me if a franchise opportunity I was looking at was a member?

CB: “I’d say that we’ve worked within an ethical framework and it’s about best practice in franchising. We’re very open and transparent about it. There’s a degree of ethics, values and principles to what we do. We have no secrets.”

FS: What kind of hoops does the applying franchisor have to jump through to be a member?

CB: “We look at the financial position of the franchisor, who has to show their financial success.

“There’s then a process that’s orientated around their franchisees where we look at their satisfaction levels.

“Then we look at their proposition, how they put it together and whether it’s commercially viable.

“The biggest point of difference is that this process has been devised to be very efficient. So it doesn’t take a long time to be a member. If you want to become a member and you’re very open about that information coming out, the only thing that could slow the process down is how quickly you provided that information.”

FS: Would you say that franchising has any problems in terms of people’s perceptions of the industry?

CB: “The thing about franchising is that it’s a well-kept secret. It’s the nature of the business; if you didn’t have those secrets then there’d be lots of people doing lots of different things.

“That’s the success of a franchisor really. But it is a very effective way to start up a business – and the biggest challenge is promoting that.”

FS: Finally, Craig: any tips for anyone considering buying a franchise?

CB: “The best thing to do – and this is where I get totally magnanimous – is regardless of the BFA or the AFA, are they a member of one of the organisations? One of the things I’m proud of is that on our website we say there are two associations.

“Look at them both and do your homework. The biggest bit of advice to anyone looking to set up a business has to be about doing your research and homework.

“It’s not just going into something because it excites you – is it also going to make you money? Does it appeal to you? Does it tick all the boxes?

“Sometimes you have to lift your rose-tinted spectacles and see the reality. And you can only do that by doing more and more research.

“Speaking to the associations, talking to franchisors and franchisees and gaining a real, rounded understanding of what you’re about to do.”