A Day in the Life: Running a Creams Tea Room

Passion, a love of sweet treats and an eye for customer service are essential to the day to day running of the Creams British Luxury flagship store in Leeds.

For the first part of our series focusing on tea rooms franchise, Creams British Luxury, FranchiseSales.com spoke to Adele Coultate about her role running the brands busiest store.

Adele Coultate has always worked in hospitality and venue management and after several years abroad, she decided that he wanted to do something different.

“Running a business is something that I’d been thinking about for the last couple of years, so it was always going to be the next step,” she told us.

When the Creams flagship store in Leeds opened, it caught her eye immediately. “When I came across the venue I was blown away by it because it’s so stunning to look at”.

“We’re trying to be a bit different and move away from that old, stuffy, high tea kind of thing and put a modern spin on it. We’re not completely traditional and we have a really wide range of the afternoon teas (Arabian, Italian and British) as well as pizzas, sundaes and freak too.” 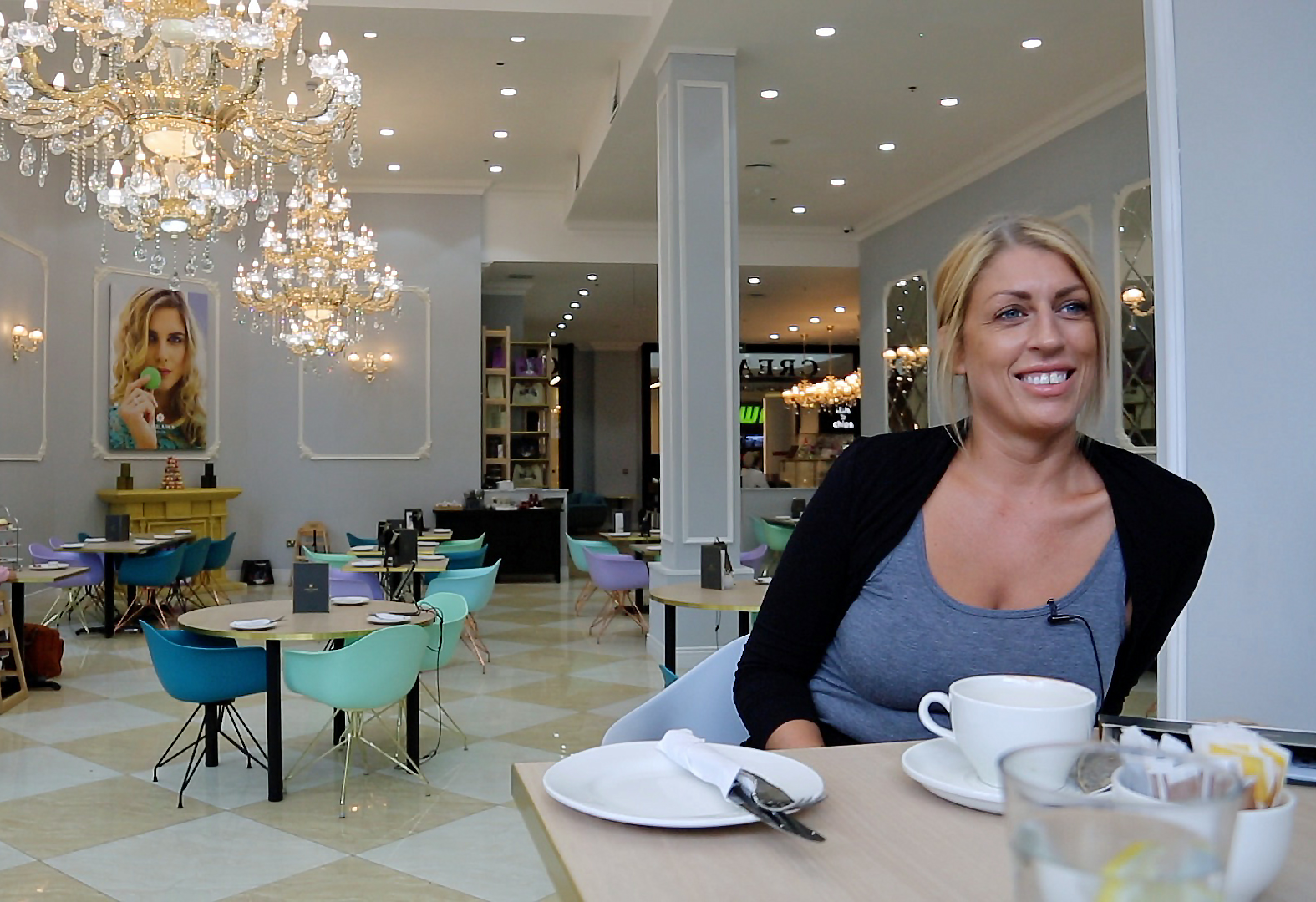 On most days Adele arrives in store at 9 am, and it takes 30 mins to get ready for the store opening at 10 am, however, she likes to be there earlier to go through emails and bookings.

Twice a week Creams have a delivery of fresh cakes, that are made fresh in their bakery and sent straight to them. This means that the working day starts earlier than usual on delivery days.

“The delivery takes an hour to organise in the Leeds store because we receive so much stock,” Adele said.

Before the doors open to the public Adele organises the bookings and the floorplan, she told us:

“We have 3 platforms for bookings so they need to be checked each day several times and we receive a lot of emails too, so about 1-2 hours each day has to be dedicated to that”.

She also briefs the staff for the shift, telling us that “the staff have a brief put on the wall at the start of a shift” and that management use a Facebook page to communicate with staff and alert them of any new procedures, meetings, rota changes or feedback.

Other tasks include turning on all the equipment, prepping the food for the day ahead, organising the displays and kitchen checks.

The busiest time of day tends to be the lunchtime rush between 12pm-2pm and afternoons tend to be busier than mornings at the Leeds store according to Adele, who often stays in service herself.

“I’ll stay in service, depending on how busy we are in the day, it’s important to me to always be visible. I’ll always make sure I’m on the floor or serving throughout the day rather than just sitting in an office. I think it’s important to be present”

"It’s important to me to always be visible. I’ll always make sure I’m on the floor or serving throughout the day rather than just sitting in an office. I think it’s important to be present”

The biggest challenge for Adele, however, has been the fast pace at which the franchise has grown.

“It’s taken off so much in the last few weeks, it has gone from 0 to 100. We’re really busy every day, adapting – it’s a little bit of a challenge but it’s been exciting to be a part of too.”

Once Adele and her team close the doors to the public, they clean the store top to bottom, do the prep for the next day, turn off all the equipment, rotate the stock, polish and roll the cutlery and take the bins out, ready to do it all again the next day.

Adele’s passion for customer service and the Creams British Luxury franchise speaks volumes. She told us.

“Wanting to deliver something good to people is what’s really important and one of the things you need to have. I’ve been in hospitality for years and this has been one of the best places that I’ve worked. If you’re ambitious I think it’s a great company to want to join.”