Sector:
Children's entertainment and parties
Key info:
Flexible hours, but have to work weekends, work from home
Franchise costs:
From £25,000 plus VAT
Potential earnings:
Varies between territories but potentially high 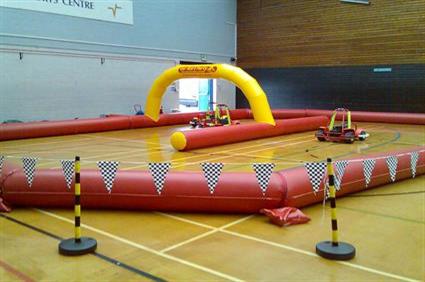 Adam Bannister: What attracted you to this franchise?

Claire Perera: The chance to choose my own hours, as I have two children; doing it at my own pace.

And the challenge really – I was getting a bit bored.

AB: That’s interesting. Running a business – though often with good reason – is generally associated with longer, more unpredictable hours. Is this franchise very flexible then?

CP: Yeah, they have been quite open about letting you do what you want.

AB: So you can turn bookings down if you need to?

CP: Yeah – I can accept as many or as few as I want in my territory, and if I turn one down I just pass it on.

Franchisees’ success rates really vary, but I don’t know how much of that is to do with the area or the person. I don’t know any of the other franchisees well enough to be able to comment on that.

AB: Could it have anything to with overlapping territories – too many franchisees going after the same business?

CP: No, because they have been quite strong with how they distribute the areas, so a lot of it is probably to do with the region itself – the demographics.

AB: How about yourself?

AB: How many does that translate to a week?

CP: I do weekends mainly. On average about three or four parties a weekend – but it depends.

AB: So if you want to be a Go-Kart Party franchisee you should be prepared to do weekends?

CP: Yes, you have to: that’s when most people want to hold their children’s birthday parties.

You need to put effort in during the week to get the customers, and then you actually have to go out at the weekend to do parties, fetes and other events.

They sell it as a part-time or a full-time opportunity. It’s literally up to you how much effort you want to put in.

CP: Certainly not – in fact, my social life has improved. I have met so many other mums and made loads of friends.

And I don’t have to commute, which is great.

AB: How many people do you have helping you?

CP: Three of us work on each party, but I have seven people in total that I can call upon. They’re all students – another reason why I don’t work during the week.

AB: Were you searching specifically for franchises?

My husband is still consulting.

AB: Does he help you at all?

CP: He does actually – If I get let down by one of my guys. Some of them are very reliable; others, not so much. I’ve been through about 15 people in 10 months.

You need at least two people so you can lift the cars, because they weigh 65 kilos each. I don’t do that bit! I think the guys know now that I am the party host.

AB: Do you have many maintenance problems?

CP: No, the company that supports us is very good when things go wrong. They’re pretty good if we need to blow up a tyre or something.

I don’t have a clue about these things.

AB: So you don’t need any technical know-how to run this franchise. Did the franchisor put you in touch with them?

CP: Yeah, they’re the same people who supply the cars. You meet them and the franchisor at the same time.

AB: How did you raise the money to buy the franchise?

CP: A HSBC loan, and part of it was through savings.

AB: Has they’re been anything about running a business that has taken you by surprise?

CP: The administration bit has been mind-boggling.

The accounting – I hate it. I have hired an accountant now because I just couldn’t cope.

AB: What do you enjoy most about running this business?

CP: Making that first enquiry into a booking.

And actually doing the party itself. I love seeing the kids’ faces when they get out of the Go-Karts for the first time, especially the little ones. A trophy is given to the best driver – i.e., the birthday child of course! They love it.

It’s just unfortunate you have to be under five foot to get in the go-karts!

These days people are looking for different things to do with their children for birthday parties. I think Go-Kart Party has caught that mood. Everyone is bored with football parties, bouncy castles. This is just so different.

AB: Do you ever feel restricted at all, because it is a franchise?

The only time I felt frustrated was when the website was being created, and I didn’t like the way it was done. There was too much on the franchise side and not enough on the party side. I offered a lot of suggestions and didn’t feel I was getting any response, and a lot of other people felt the same.

But they have changed it now and it is much better. Initially it was frustrating as I felt I had no control over a website that I had to have on my van.

In terms of approaching venues and suppliers you have a free hand. Compared to some other franchisees I have heard about, where everything has to be done to the letter, it’s great.

AB: If you came up with an idea to improve the service do you think the franchisor would be receptive to your suggestion?

CP: I think they would be receptive. Communication with them has been very good.

AB: What advice would you give to someone looking for a franchise?

CP: Make sure you research the market before you even think about approaching a franchise.

Make sure you know exactly what you want out of it, because the biggest shock for a lot of people is how much work they actually have to do. Some people think that franchisors do everything for you – but that isn’t often the case.

I’ve heard someone say “I’m not a salesperson,” but I then think: “well, that’s exactly what you are. You’re selling the business!”