Cleaning Franchise Offers A Hand Down Under 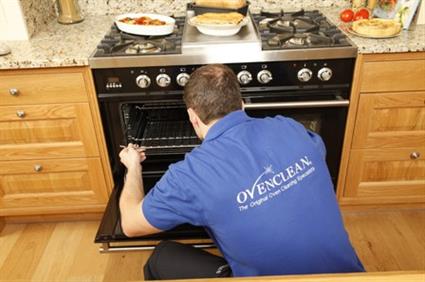 Ovenu, the UK’s leading oven cleaning franchise company, is offering British entrepreneurs the opportunity to run their own business in Australia.

With its Western Australia based franchise network now well established, and with State Directors actively recruiting in Queensland, New South Wales and Victoria, Ovenu is creating new opportunities for business-minded people looking to escape the UK.

Working with Ovenu Franchisor, Rik Hellewell, the Australian operation is actively looking for motivated Brits who are keen to make a new start on the other side of the world.

With the Australian franchise market worth in excess of £79 billion and the relative strength of the country’s economy, there are plenty of potentially lucrative prospects for people emigrating ‘down under’.

Ovenu’s Master Franchisees in Australia, Bernard and Janet Bannon, who are also ex-pats, established their operation in Perth five years ago.

They have since built a successful network of oven and barbeque valeting franchises across Australia, which includes a number run by British franchisees.

With almost 20 years experience in the UK and international franchising markets, Ovenu provides a fully-supported programme for potential franchisees.

In addition to a comprehensive introduction to the Australian franchise package prior to potential franchisees travelling to Australia, Ovenu in the UK liaises closely with its Australian counterparts to provide a straight-forward and hassle free process of establishing the franchise.

Rik Hellewell, Managing Director of Ovenu, said: “Australia is a fantastic place to do business both economically and socially. The horrendously cold weather in the UK at the moment makes it even more of an attractive proposition to British entrepreneurs.

“Australia is enjoying a relatively strong economy and the Aussie dollar is holding up well. Franchise brands with proven systems and consistent levels of service are becoming the businesses of choice for a growing number of Australian consumers, which opens new opportunities for potential franchisees.”

Rik added: “Having both a UK and Australian franchise base is a real advantage to those looking to emigrate and set up a new business down under. The distance between us does not impact on how closely we work together, which ensures that franchisees moving from the UK to Australia are given plenty of help, support and advice.”