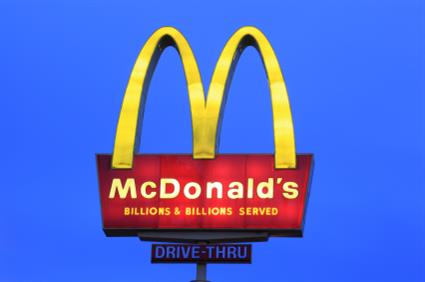 Franchising tends to be the safest way to run your own business – so long as you can research the market thoroughly.

Trusted, well-established franchise brands enjoy a much higher success rate than start-ups, of which one in three fail to survive the first three years. Franchises so often succeed principally because franchisees follow a tried-and-tested formula.

The price franchisees must pay in getting permission to operate under a successful brand and proven model is to forgo any freedom to tinker with the formula – and that means negligible control over prices, product ranges, marketing campaigns and so on.

It’s well documented that a start-up’s formative years represent a formidable challenge for entrepreneurs. Year one and two are often all-consuming – time-wise, financially and psychologically.

Myriad problems arise: cash-flow difficulties, gaining a foothold in a market where established competitors have bigger budgets and greater brand recognition, dealing with the fallout from the unavoidable trial-and-error experimentation with the product range, prices, promotions, marketing strategy and so on.

With franchise opportunities, these hurdles have already been vaulted by the franchisor. In principle – admittedly not always in practice – a business should only be franchised when the founder has already gone through the error-strewn trial-and-error phase and has settled on an effective, proven business model.

An entrepreneur tends to franchise his or her business when they’re looking to expand – something you do when the original unit is thriving rather than floundering. If you’re struggling to survive, you tend to be consumed by fire-fighting in your existing business rather than being preoccupied by starting new units.

Buy a franchise and you inherit an established, hopefully trusted (investigate its reputation before you commit!) brand. A Subway or a Prontaprint franchise will enjoy instant recognition among the public, so you need not do anything to attract customers – the sign outside your shop will do that.

Almost two thirds of people in a British Franchise Association poll said they were more likely to trust products sold by a franchise.

Marketing can be left to head office. Part of a large network, you’ll be backed by marketing campaigns with a reach and impact that would be difficult to achieve if you were an independent business. Freed from the burden of marketing, you can concentrate on managing staff, providing great customer service and attracting new custom.

A franchise package should also include comprehensive training, as well as ongoing support whenever you need it.

“That’s why a franchise is attractive: you’re in business for yourself — but you’re not on your own,” says franchisee Garry Nelson. “If you bought a franchise for, say, £200,000, and you have staff, property, equipment and a company that is going to help you — that’s a lot safer than something where you don’t know whether it’s going to work or not.”

A franchise can be a highly cost-effective way into business (as long as you can spot the signs of a reputable franchise). Building an independent enterprise into an established market player can necessitate a substantial outlay in staff, premises, apparatus, stock and marketing campaigns, whereas a respected franchisor will give you these things from the outset, often for a very reasonable price.

The financial muscle of a large franchise brand means they can often afford to shoehorn you into prime locations, such as busy high streets or shopping centres, which might be beyond your budget if you set up an independent enterprise.

That banks are willing to lend up to 70% of the capital for well-established franchises, attests to the well-founded perception that franchising is a Sure Thing compared to going it alone.

There’s considerable scope for operating a franchise part-time, making franchising a popular choice among parents of young children. With many time-consuming areas of running a business run entirely or partly from head office, the franchisee can often undertake his duties on a part-time basis.

The franchising model is ideal for those who are entrepreneurial but, for whatever reason, eschews the stress, risk and long hours associated with a start-up.

And if franchising is the perfect model then the internet is the ideal vehicle. Web-based franchises can invariably be operated from home and afford considerable flexibility vis-à-visworking hours, because a website is automated to a considerable degree.

In summary, so long as you choose wisely – because rogue franchises exist that take your money without giving you anything substantive in return – a franchise is a rather easier way to earn an income than starting your own business.