How franchisees are selected 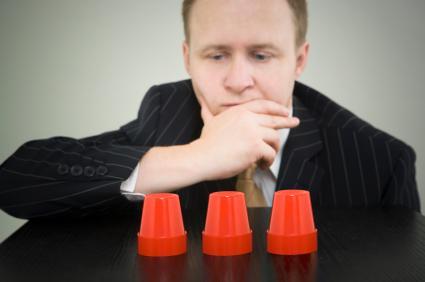 Working as a franchisee for a franchise means that you are working in partnership with another business. Different franchises look for different qualities in their franchisees. Certain franchise opportunities also provide a greater level of support. Therefore, there are certain qualities every franchisee should possess.

But each franchisor will expect certain other attributes and skills on top of these, depending on the demands of the industry in question. For instance, the ability to absorb technical know-how is crucial for a Prontaprint franchise, while people management is important in a labour-intensive environment, such as in offices or domestic cleaning businesses.

The qualities that you must possess to be a good franchisee fall into the following broad categories:

As a user of this site and someone that might be interested in buying a franchise, it is likely that you have little or no experience in running a business. Running a business in the modern world is increasingly complicated – so the franchisor will want to know that you can cope with the pressures that goes with it.

The physical strain involved in working long hours can be exacerbated if running a franchise entails considerable physical activity, such as lifting or carrying heavy loads, or being on one’s feet all day. You therefore need to be sound in body and mind – although that alone will not be enough.

You should not be prone to illness if you are to be a franchisee. One of the principal reasons companies franchise is that franchisees tend to be more dedicated. This is because they own, not manage the business, and have invested their own.

Franchisors do not, therefore, take kindly to a franchisee that is frequently away from the business due to ill health, and take account of applicants’ health in the selection process. A small number of well-advised franchisors will require you to undergo an independent health check before being accepted.

Most prospective franchisees have no previous experience in the trade or business of the franchise for which they apply, and this will not hold you back. On the contrary, this is seen by most franchisors as a positive factor. This is because it makes training you that much easier.

Indeed, many franchisors exclude applicants with previous experience in their sector. This is because they want their franchisee to do things the franchisor's way and not in the way they may have learned elsewhere.

Thus, a number of quick-print franchisors will not grant franchises to applicants who have been involved in the printing industry before – not because they would necessarily make bad printers, but because they may not make good franchisees. The problem is an obvious one: it is very difficult to ‘un-train’ a person.

The franchisor is not arguing that the applicant's way of doing things is wrong, but merely that it is the franchisor's methods make a particular franchise more successful than its competitors. Franchisors prefer applicants with an open mind and, as it were, a clean slate on which a franchisor can imprint its system.

A consensus exists among franchisors that you need a certain degree of independence if you are to succeed as a franchisee. You must be ‘programmable’, but certainly not a drone. If you are too independent you will soon find yourself at odds with the franchisor, challenging a tried and tested system. But an ability to exercise judgment without reference to the franchisor is important, too. Franchisees lacking self-reliance and initiative will be too dependent upon the franchisor's support and will effectively become more like an employee of the franchisor than an owner. You must strike the balance between the two extremes to be successful.

Profiling franchisees according to certain selection criteria is good business practice. But franchisors come in all shapes and sizes, some are more mature than others, some have deeper pockets than others, etc.

The received wisdom in the UK has always been that franchisors don’t sell franchises; prospective franchisees buy them. That would be all well and good if time were infinite, franchisors’ strategy for growth elastic and the supply of competent franchisees plentiful.

In the real world, of course, franchisors have to grapple with real issues.

Established franchisors with a well-known brand will attract franchisees easily, but relatively unknown franchisors or start-ups have a tougher time. What drives a franchisor in the early stages is the need to get as many franchisees up and running in the shortest amount of time possible. This way the franchisor can achieve the critical mass necessary for further growth.

This is why franchisors at the initial stages of franchising often break the golden rule that says “do not do special deals with franchisees”. This is where things start going wrong.

You should be wary of any franchisor willing to cut a deal. The whole ethos of franchising is uniformity – so treating franchisees equally is a cornerstone of managing a franchised network. If you succeed in wringing concessions from a franchisor, you may be pleased with yourself in the short term.

But eventually you are likely to come across another franchisee within the same network who has struck a better deal with the franchisor.

Franchisors and franchisees that negotiate concessions sow the seeds of their own destruction. Soon enough the network is full of disgruntled franchisees that will complain of discrimination and favouritism. As with any family, in a franchise network there should be no room for favourites.

You might choose a small franchise network based on an assumption that you will receive better support because there are fewer franchisees clamouring for attention. This is not necessarily the case – it is not the size of the franchise that is decisive, but the ratio of support staff to franchisees and the efficiency of the franchisor. Of course, small businesses can often be less unwieldy than larger ones, but be mindful that, as the network grows, access to the franchisor might become more difficult without a corresponding growth in training and support infrastructure.

If it is too easy to join a franchise, then quality is being compromised and a price will have to be paid. Generally, the more stringent the criteria, the better the quality of the network. Franchisors clearly have to walk a tightrope between satisfying their rollout programme and recruiting the right calibre of franchisee.

There is no adequate substitute for speaking to as many franchisees as you can to assess the quality of the franchisor. Do not be afraid of judging the franchisor on quality in a similar way that the franchisor will judge you.

Franchisors with the least rigorous selection criteria use the ‘mirror test’: the franchisor places a mirror under a prospective franchisee’s nose, and if condensation appears the franchisee is alive and breathing, and as long as they have their cheque book on them then bingo – he is selected!

The mirror test satisfies the first (in part at least) and second criteria listed at the beginning of this article, health and finances respectively. As for the rest, it is pot luck. If it doesn’t work out he can always sell another franchise – but for the franchisee it could spell financial disaster.

The moral of the story is that selection is a two-way process: as well as establishing that you have the right profile to be a franchisee, you must ensure that a franchisor is the right one for you –in the long-term as well as the short-term.

Manzoor Ishani is a Senior Consultant Solicitor with Sherrards (Solicitors) a commercial practice advising franchisors and franchisees in the UK and internationally. A specialist in franchising for more than 25 years, he is a former member of the Legal Committee of the British Franchise Association and co-author of 'Franchising in the UK', 'Franchising in Europe' and 'Franchising in Canada'.

Related are you suited to franchising? Articles