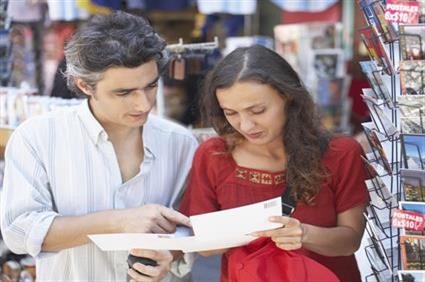 Card Connection stationery franchise has announced it can now supply the largest range of greetings cards available through its franchised distribution network, thanks to its links with UK Greetings (UKG).

Following a recent IT upgrade at the Card Connection head office, the company’s in-house design team now has access to a library of 10,000 designs to incorporate into its own greeting card ranges.  Card Connection became part of UKG - the British subsidiary of American Greetings Inc. (AG) - three years ago.  The company is the world’s largest publicly owned greeting card company and the largest direct to retail greeting card publisher in the UK.

“Using the latest Mac equipment and software to draw on designs and existing imagery from the Company’s international database, we can create new and innovative greeting card designs, potentially expanding our existing range up to ten fold,” explains Andrew Cutler, sales and franchise director of Card Connection.  “Card Connection already has one of the largest ranges of greetings cards available in the franchised distribution market. This exciting development will benefit our franchisees and valued retail customers by allowing them to display unrivalled selections of quality greeting cards to suit any occasion and demographic.”

“Up until now it has only been possible to use UK material,” explains senior creative manager, Kelly Courtenay.  “Now our designers have been trained up to use the full international library and we can access it easily via the IT system, we can either use full designs or adapt an existing product to create a totally new look to match our market needs, giving us massive scope and flexibility.”

Some of the new designs created from the library are included in Card Connection’s latest seasonal Wedding and Anniversary range which has just been launched in time for the spring and summer wedding season.  Card Connection’s greeting cards are distributed through a network of 75 franchisees to more than 15,000 retail outlets throughout the UK including BP, WHS Travel, Budgens, Londis, Spar and Palmer & Harvey.

Card Connection has limited vacancies for franchisees who are keen to run an expanding business.  Successful candidates would ideally have some management experience as, once established, they would be expected to employ a small team, operate a warehouse and have several liveried vans on the road.