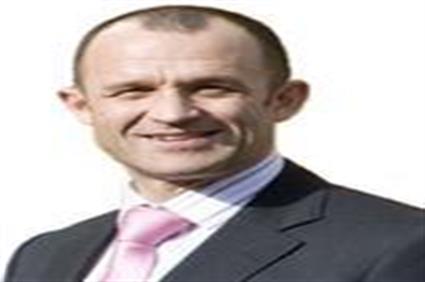 Alan Ford joined the Auditel cost and purchase management consultancy franchise in July 2004. He had trained as a Chartered Engineer with a first class honours degree in Computer Aided Engineering. Having spent nearly 20 years in the automotive industry however, both in the UK and Australia, he was ready for a change.

Alan recalls: “I’d lost confidence in the automotive industry and wanted to be my own boss in a business that had excellent prospects. It was very frustrating not being in control of decisions that affected my ability to deliver a quality product. I just reached a point where I wanted to take control of my own future.

“ I’d successfully held contract positions for a number of years, so self-employment didn’t frighten me. I was attracted to franchising by the idea of working with a proven business system rather than having to start something from scratch. The Auditel proposition seemed a good fit with my numerical skills and technical nature, while the low start-up investment and running costs were appealing from a financial point of view.”

Now in his seventh year with Auditel, Alan has over 40 wide-ranging clients and has significantly exceeded his last employed salary. “My client base is mainly SMEs and includes charities, hotels, restaurants and golf clubs. I’ve also developed a really good introduction to the clients of a local firm of accountants using the Auditel Partnership Programme. It’s taken a lot of time and effort but it’s coming to fruition now and my aim is to pick up all my new clients through introductions rather than through telemarketing or networking.

“I suppose it’s possible I’d consider going back into employment but only if the salary and package were right. Having said that, it’s unlikely I could ever find a job that gave me the same balance of earning potential, control and lifestyle as I have with Auditel. In terms of my business, the buck stops with me. I’m not answerable to anybody except myself and my clients, and that’s a great feeling.”

With his considerable Auditel experience, Alan is involved in the nurturing of new franchisees as a Regional Principal and General Mentor. He is also Project Leader of the Auditel Business Development Team that has successfully implemented a brand-new comprehensive Client Management System last month. At last year’s National Conference, Alan was presented with The Tim Rix Memorial Award.

On a personal level, Alan reveals: “I’m a keen sportsman and working from home means I can organise my work to fit around my training programme. Not many employers would let me do that, but as I’m my own boss, how I organise my time is entirely up to me.”

Last year, Alan completed the UK Ironman Triathlon for his sponsored charity, Cancer Research, in just over 12 hours. “The winning time was 8 hours 45 minutes with the last competitor arriving at the finish after 17 hours. So yes, I was closer to winning than coming last!”