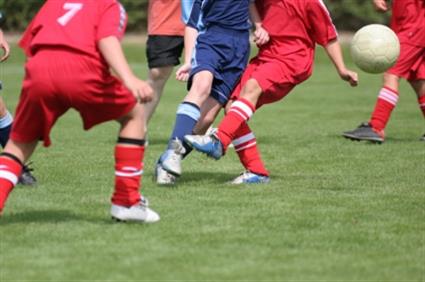 Apart from the increasing willingness of schools to outsource PE lessons to third parties, Premier Sport, which also holds holiday camps and after-school clubs, also benefits from a growing demand for safe, fun, physical activities for children amid concerns about rising obesity levels.

In a first year a franchisee can expect to generate about £50k. That rises to £90k and then £130k in year three.

Adam Bannister: What made you think Premier Sport was suitable for franchising?

David Batch: Basically, because the market at the time – well there wasn’t really a market at the time. I felt that having seen other companies and organisations try and operate in this sort of marketplace, I realised that you need a local feel, but with the benefit of a national brand and the economies of scale which that can bring.

AB: Are you satisfied that the £4k franchise fee is good value?

DB: Exceptional value. We have had independent consultants say that our introductory fee should be nearly three times higher than that.

But at the moment we are going through a very aggressive expansion. We don’t want to exclude people who can’t raise £15k, but at the same time it has to be enough for people to have to think about it.

As the brand develops and gets bigger, that will go up – that’s a certainty. But at the moment we’re on a particular phase of our business and that is what we are looking to do

AB: What type of person do you look for to run a franchise?

DB: Interestingly we found increasingly that there are no necessarily set profiles. You can’t ever exclude people who don’t fit your criteria, because we have franchisees doing fantastically well from completely different ends of the spectrum.

We’ve got franchisees with no business experience or real work experience because they have come straight out of professional sport, but have ended up doing particularly well running a franchise. And we’ve got people from business backgrounds, where they’ve run other businesses before and are looking for a lifestyle change.

Yes, we do have a perfect franchisee in mind, but our criteria are very flexible.

AB: Presumably the support you give franchisees has to be as flexible as your criteria for applicants…

AB: Everyone presumably run things to suit their strengths – after all, not everyone has the skill or inclination to do the coaching themselves…

DB: Lots of our more established franchisees don’t actually coach at all now. They just run a team of people.

And increasingly, some our newer franchisees who are coming into this and wanting to build a big business rather than wanting a nice business and a lifestyle change, come in sometimes and don’t even think about the coaching side of it.

AB: What obligations does the franchisee have to observe?

DB: The nature of the business that we’re in – going into schools, teaching and coaching children – it’s a big responsibility. We don’t take that lightly by any means.

We regularly assess our franchisees to make sure they are delivering to the standards and with the qualities we insist on. But often we’re not even assessing them – we’re assessing their staff, and because they can’t always be there watching them it’s good feedback for them as well.

Ultimately we’re there for one reason: to improve everybody. Our franchisees are aware of that and they know it’s done to help everybody and raise the bar. They appreciate that as it’s directly affecting their business.

AB: Is it true that salary earnings are on average about £50k?

Of course they do have overheads, but in fairness most of their overheads is them and their staff. In the end they only actually need more staff when they generate more business.

Overheads such as premises, computers, etc, tend to be done centrally by us.

AB: How many hours can a franchisee expect to work in a typical week?

DB: It’s really hard to say because some franchisees are more proactive than others. But typically a potential income-generating time will be a school day plus an hour after school.

There’ll be other administrative tasks to do as well. Some of them might do that in the evening, although we might take some of that of them. Some of them might do it during school time and employ staff to do the other things. So it really depends on the make-up of the individual and how they progress their business.

AB: How much does coaching under the protective umbrella of the franchise help when things go wrong?

DB: That is when franchisees really see the value of being a part of network. When things are going swimmingly well the value of our network is often undervalued, or could be undervalued, by franchisees. But when something goes wrong and we send our management team in to sort out problems then that is when you see the true worth of a good network.

They’re in business for themselves but not by themselves – and that is what it’s all about.

DB: Our competitors tend to be one-man bands. And again the franchise is quite proven, because when we put a franchisee in an area they tend to end up cornering the majority share of the market. That is, I think, because they have all the tools a sole trader has, but with all the added extras of the back-up – the media exposure, the websites, the telephone hotlines, the increased marketing level. So they’re on a par with a sole trader but they have the experience and everything else that a national brand brings them. That for me proves why somebody should work with us rather than on their own.

We are the major player in the market. There are some smaller people but they’re about 15% of our size. And they’re not franchises.