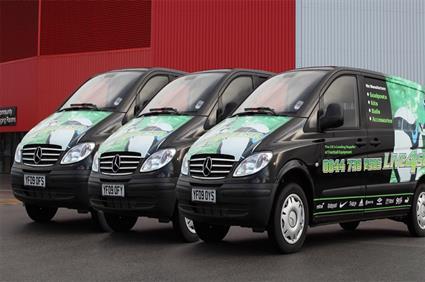 Live4Soccer Falkirk has kicked off their business and will shortly be followed by a Leicester-based sports franchise.  These latest additions to the team could not have come at a better time, as the World Cup and the 2010 football calendar guarantees an opportunity to generate income streams from day one of trading.

Live4Soccer offer a huge range of products produced by companies such as Nike, Adidas, Mitre and Errea. Live4Soccer also manufacture their own Sabre football range along with a Street-Stadia product, a £20K portable football arena being used by some of the top clubs in the county along with local councils, academies, charities, and various blue chip companies.

The franchise also introduced a new brand partnership with leading Spanish sport apparel company Joma, with whom franchisees have the added opportunity to seal five-figure sponsorship deals with professional and semi-professional clubs.